Protect yourself from cell phone interception

The Network Guard suite of products protects your mobile communications from nefarious surveillance, hacking, and interception through unmatched technology capable of detecting and locating rogue base stations and mobile phone interceptors. 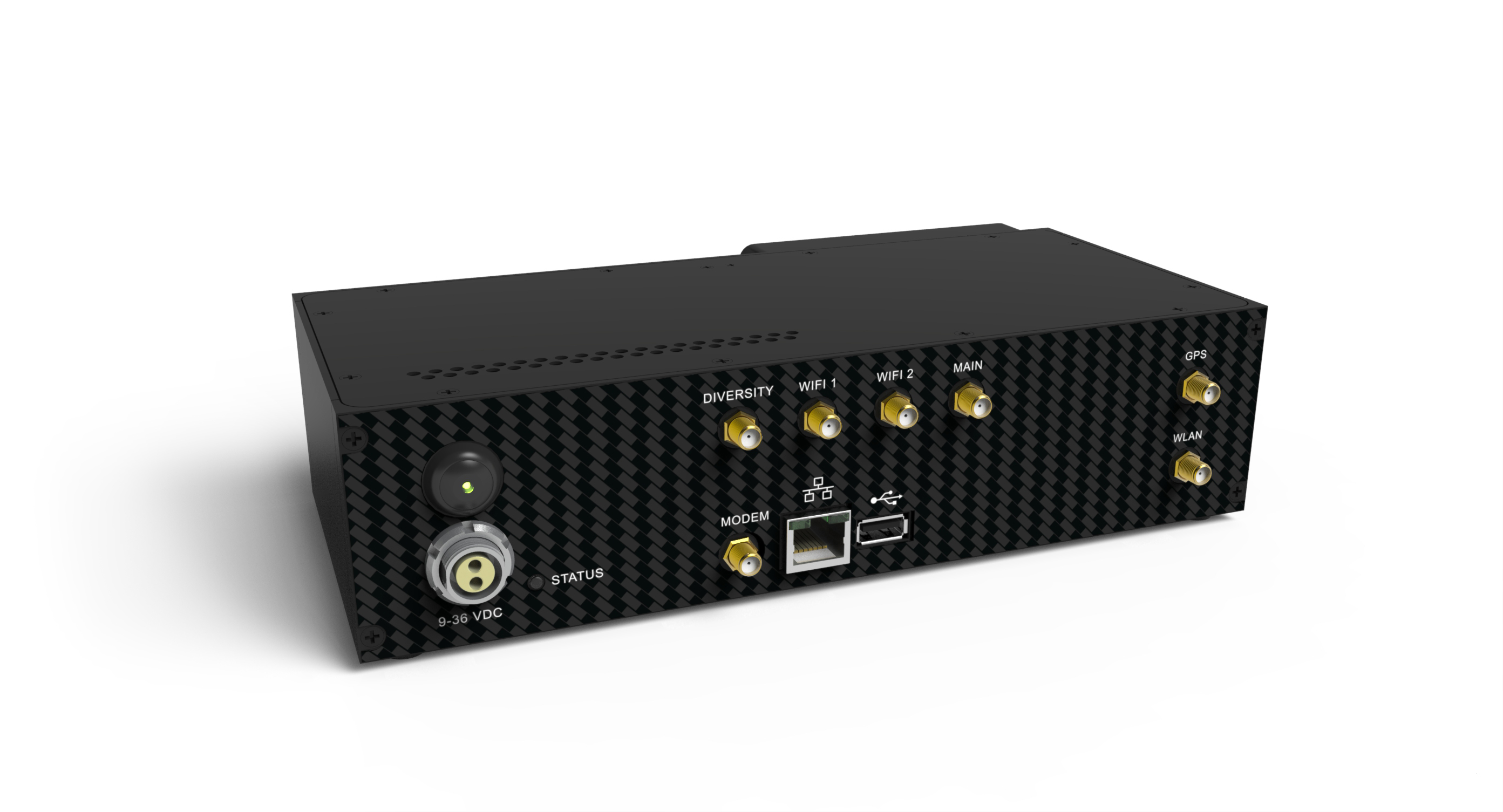 The last decade's communications revolution has made mobile devices a critical function of our work and personal lives through voice, text, data, and media. Almost everyone in the developed world has a mobile phone and uses that device for important sensitive communications almost on a daily basis.

Regrettably most are unaware of the enormous interception and surveillance vulnerabilities that mobile communications present, no longer the lore of secret government agencies. Technology that allows for mobile phone surveillance is widely available in almost every country around the world, and now being leveraged by nation states, criminal gangs and private investigators. And as this technology floods the market, it has driven the price and skill level to develop copycat products down to levels where it is attainable by all.

The Return On Investment (ROI) to an adversary intercepting information about a merger before it happens, learning key negotiation points in a high profile court battle, or even learning the true name of an undercover operative makes the cost to intercept worth it.

Network Guard is the most sophisticated product in the world for detecting active or semi-active mobile phone interceptions. It detects network exploitations in progress regardless of the various techniques that interception and surveillance systems utilize. Collecting and correlating massive amounts of data at mobile network speed, Network Guard makes real-time deductions on the safety of your mobile communications while also storing the data for post mission analytics. This collection is undetectable to protect the user from alerting their adversary to detection. Post mission analysis is rapid, detailed, and can be combined with collections from previous missions to note changes in the network over time.

Network Guard is a system that provides for counter surveillance of mobile network interception and monitoring on 2G (GSM), 3G (WCDMA), 4G (LTE) and CDMA (CDMA2000) networks. Cycle times of only a few seconds allow detection of active and semi-active mobile communications interception of all types from simple IMSI Grabbing to the most sophisticated government-only systems. With almost a decade of experience in this field, Charon Technologies has amassed a library of intercept "fingerprints" from actual rogue base stations. This library includes over a hundred characterizations of how systems manufactured around the world operate.

What is Network Guard? 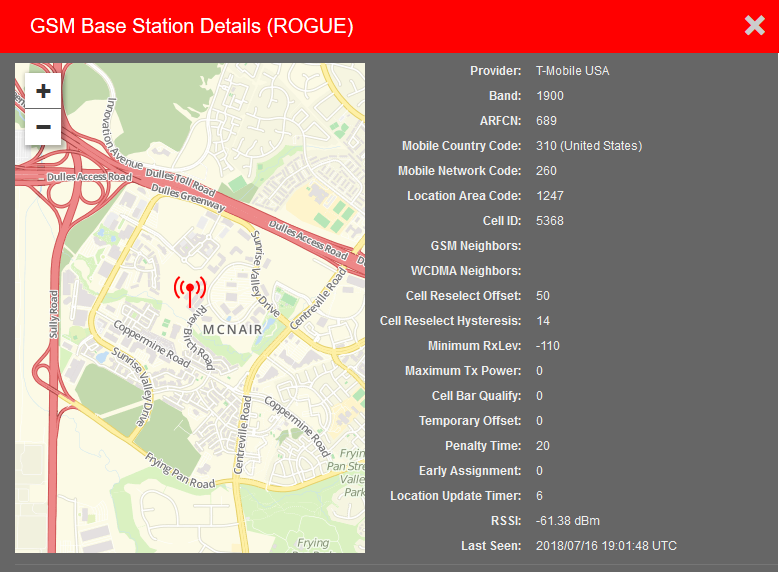 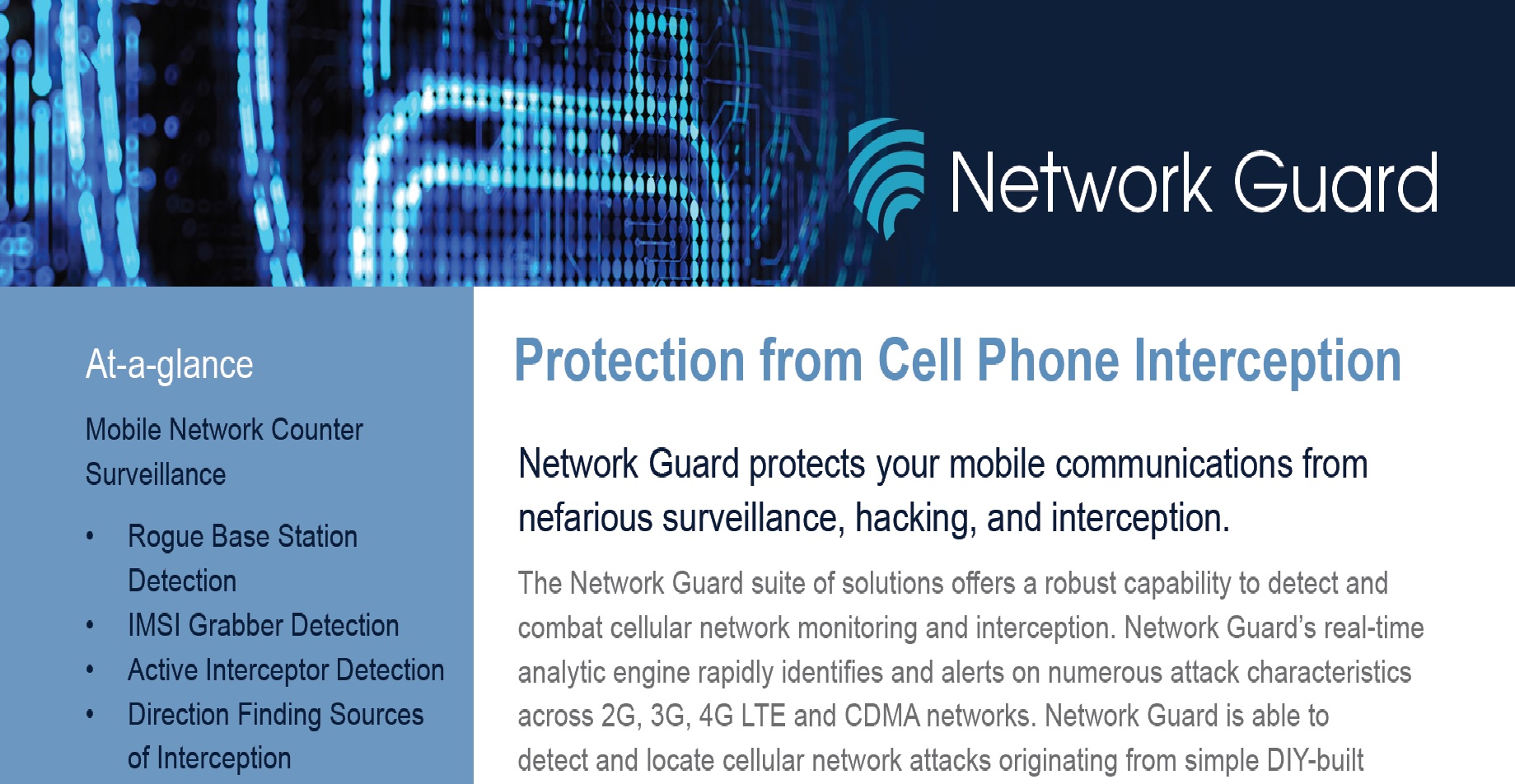 Government facilities and activities are often targeted. Embassies, bases, agency headquarters, and even law enforcement activities can be targeted to gain, and potentially exploit, intelligence. Overseas facilities and sensitive operations are of particular concern.

Corporate Enterprises of all sizes are frequently targeted. Stock traders, executives, consultants, professional advisors, VIPs, celebrities and individuals involved in mergers and acquisitions, are all common targets. Financial institutions are prime targets for direct mobile communications interception due to the frequency and value of the information that is passed via mobile devices. Many important communications are conducted via mobile devices in and around major facilities.